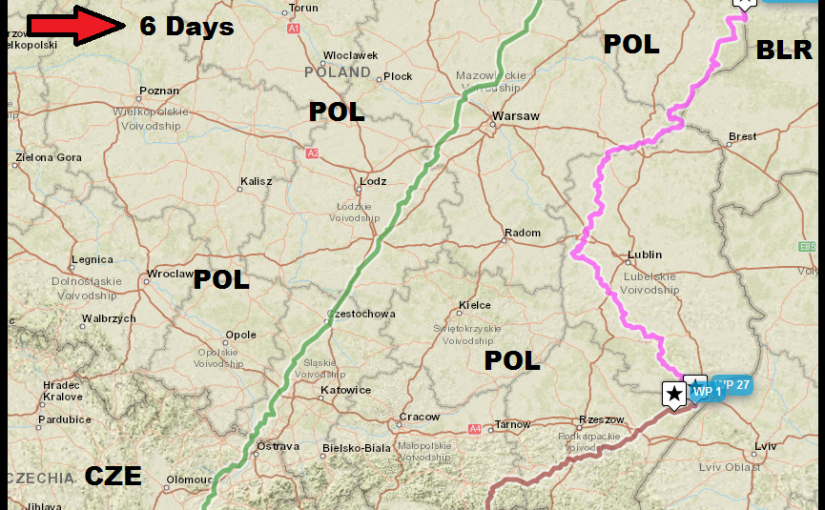 In the year 2018 I tried with a buddy of mine to ride parts of the Slovenian TET. Due to an accident of my riding buddy and bad weather conditions I was forced to abort this plan. A year later I gave the superb TET Project (Trans Euro Trail) a new chance and planned this ride to the eastern section of Polands TET-Trail. Here’s the simple plan behind this adventure …

The plan was to start in the left lower corner of this map in Austria / Vienna. The route went on in nearly straight line right to Polands northern- and eastern-most border area. There my black beauty Чернотa and I entered the eastern section of the TET-Poland. We went on southwards along the border with Belarus and Ukraine. After about 900 km along quiet forests, huge plains through plenty of mud and sand the TET was left and the route turnde back, in also a nearly straight line through Poland and Slovakia to Austria.

Beforehand I can say: This ride showed me well again, that also such an easy looking route through really calm terrain could be a difficult adventure.

I settled my trusty black pony Чернотa with the usual adventurous stuff.

When everything was done, I thought a little nervous to myself: “Only one night sleeping and another dual-sport-adventure is incoming! Yay!!! … ^_^