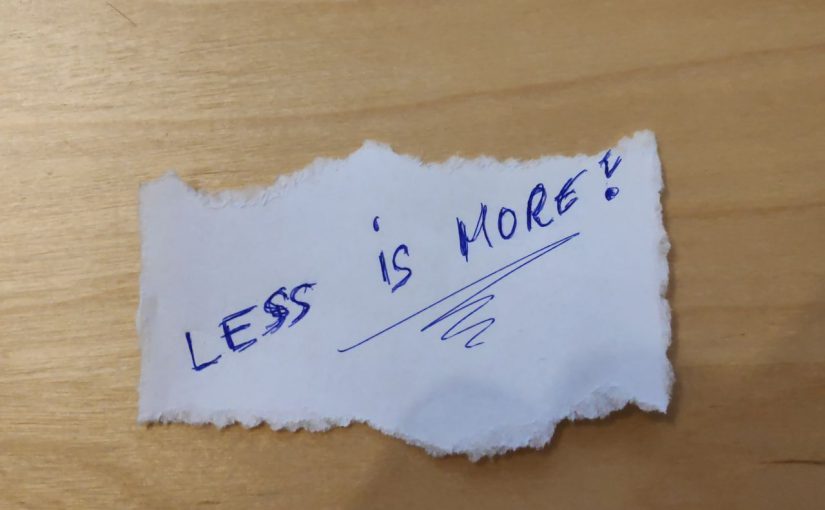 When I started my first adventure trip to the north cape back ago in the year 2012 my former bike was looking like a low loader.

It was packed to the top like a fully equipped, so called nowadays “Adventure-Bike”, right out of a Bavarian advertising catalogue, with loads of stuff, which hasn’t been used once during three weeks of travelling. After a second-long distance trip (with even larger alloy side boxes) I was fed up with heaving around such a mass of weight through the mountains of Greece, Montenegro and Albania …

So I bought with the KTM 690 Enduro R, my second street legal motorcycle, which is less heavy than its Japanese predecessor was.

Consequently, I had to think about which stuff is necessary and which is not. That’s often a hard decision, especially when the intention is to stay a few nights out in the wild being on my own.

And here are two pictures of how a bike should not – and should look like, when you want to do with it some adventures with shortcuts into the remote wild:

And that´s Чернотa fully equipped for a 2000km or 1250mi ride in 2018. The difference is obvious. The 690ty in general is a nice dual sports enduro. It can do middle-difficult off road as well as rides on the highway.

Not as comfortable as the former SUZUKI but clearly more capable and obviously a much better platform for adventures in middle heavy terrain! ^^